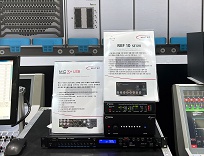 MUTEC's products were presented at three national audio trade shows this summer. Our committed distributors showed the combination of MC3+USB and REF 10 SE120 at the Japanese OTOTEN in Tokyo, the KOBA in Seoul/Korea and the North West Audio Show in the UK. 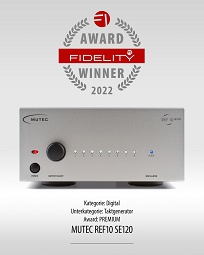 The German audiophile magazine FIDELITY recently presented awards for the most exciting hi-fi products and technologies of the last two years. We are extremely proud that a MUTEC component is among the illustrious circle of winners: the REF10 SE120 reference master clock.

Canadian MUTEC distributor Music First presented a true high-end installation at the Montréal Audiofest in late Marc. The carefully composed setup represented the current State Of The Art in digital audio reproduction and was valued at over US $ 250,000. 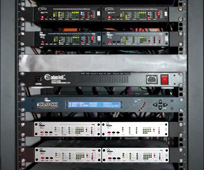 The positive influence of an interface from MUTEC on the sound quality of computer-based audio systems is undisputed. It is clearly confirmed again and again by customer feedbacks and reviews in the audio press. But the convinced MUTEC user Peter MacTaggart goes several steps further: He uses four MC+ and four MC3+USB, for a total of eight of these audio re-clockers! 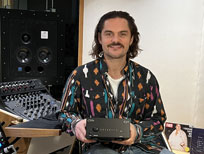 The 10 MHz reference master clock MUTEC REF10 SE120 excels once again in the professional studio environment. Two units of this top model from MUTEC were recently installed at Zino Mikorey.

Important information for all users of the MUTEC interface MC3+USB in connection with a Windows PC. A new USB Audio 2.0 driver (version 5.27.0) is now available for download.

The Next Step: From Audiophile to Ultimate

Owners of a REF10 reference master clock can now upgrade their unit to the perfected level of the special version REF10 SE120.

MC3+USB / REF10: Extensive Review in Down Under

Products from MUTEC Germany are also very popular on the other side of the world!

The renowned audio magazine SoundStage!Australia tested a combination of the multifunctional interface/clock generator/reclocker/format converter MC3+USB and the audiophile master clock REF10 in a very comprehensive manner. For this review the two MUTEC components had to prove themselves in a very challenging environment.

Our periodical newsletter provides the latest updates about MUTEC products as well as user stories and application advice.